Back to Sponsor a Grandparent 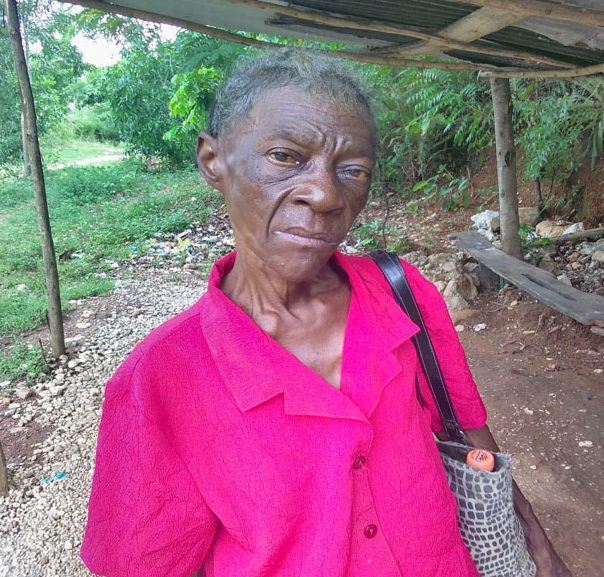 Veronique is approximately 65 years of age. Her birthday is unknown, though she believes 1955 to be the year of her birth. Her face suggests she is much older than this. Gran Veronique is thin. She suffers from famine, which leaves her weak, with constant headaches.

She was born in Laleau, Haiti, near her current residence of Camp Perrin, in a southern department of Haiti. Veronique was abandoned by her husband, as he could not support their small family. She had one child, who has predeceased her. She now does her best to find food, not only herself, but for her orphaned grandchildren. For many years Veronique worked as a farmer to help bring in income for the family. Failing health and no pension have left her helpless. Reportedly, she finds her way to any place where she can find food, through donation, for her grandchildren first and then herself. As time passes, she is becoming weaker and she worries about the children.

HelpAge Canada has collaborated with this partner caring organization for many years, helping extremely vulnerable elderly persons who might other wise not survive. Your valuable sponsorship will assist in the provision of food, clothing, and many other basic necessities for Veronique. Just as importantly, she will know that someone cares about her and her grandchildren.