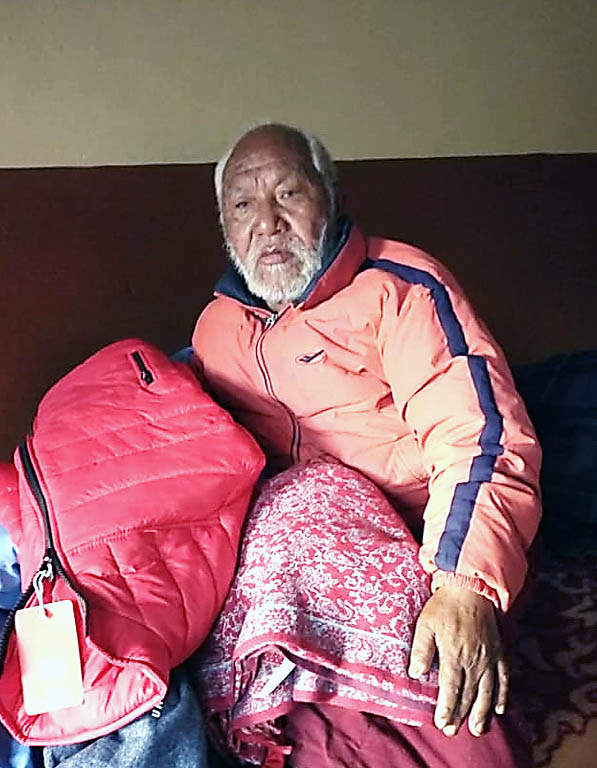 Born in Tibet in 1931, Nyima is approximately 89 years old. In 1959, in the wake of the Chinese invasion, he fled Tibet and moved to India. There he worked doing construction and other manual labour until he joined the Tibetan regiment of the Indian Army, where he served proudly from 1964 until 1987. A Buddhist monk, upon leaving the military he moved to a monastery and stayed there for two years. As he aged and his health deteriorated, he was glad to be admitted to the Tibetan Homes Foundation home in Mussoorie, where he lives with twenty other elders and receives such loving care.

Nyima is currently in rather poor health. He is grateful for the medication that regulates his blood pressure and soothes his other aches and pains. Because he is not currently in the best of mental health, he does not venture out and spend as much time with the other Grans as he used to.

Sponsorship for Nyima will assist in the regular provision of food, shelter, medical attention, and many other basic necessities. Just as importantly, he will know that someone cares.

Elderly Tibetans often lead lives characterized by uncertainty, due to their status as ‘refugees’. For single people, such as Nyima, the situation is exacerbated because they do not have children to care for them in their old age, as is typical in their culture. In this case, in particular, many elderly Tibetans in exile live out their later lives in old age homeswithout family around them