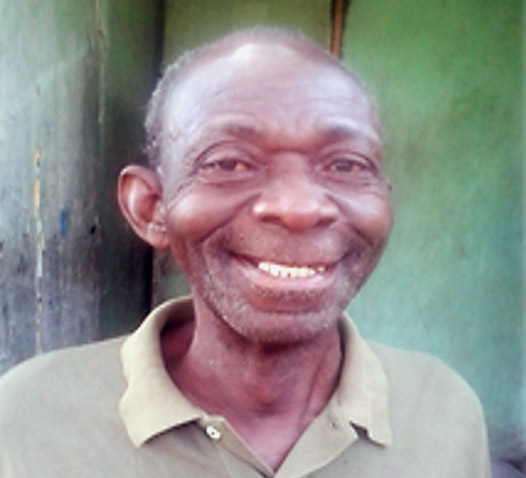 Savoir is a 63 year old man who is married and has three daughters and one son. He is Protestant, speaks Creole, and is illiterate.

For many years Savoir supported his family by working as a farmer. He now suffers from tuberculosis, which has sapped much of his energy. Amazingly, he persists and raises a few sheep, but they do not bring in enough money to survive on. Despite his health, Savoir performs as many household chores as possible. He plays a major role in procuring his family’s food, as he searches out whatever he can and carefully prepares it. With humble needs, Savoir always likes to have rice and wheat flour on hand, as main staples.

HelpAge Canada has collaborated with this partner caring organization for many years, helping extremely vulnerable elderly persons who might otherwise not survive. Your valuable sponsorship will assist in the provision of food, clothing, and many other basic necessities for Savoir’s care. Just as importantly, he will know that someone cares.