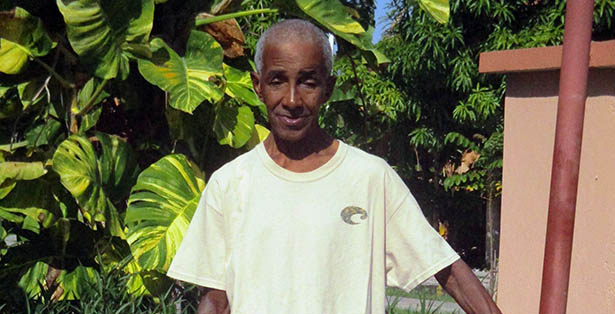 Fritz Ismael is approximately 75 years old. Fritz never married nor had any children. He has no known family. As a young man, Fritz worked to support himself as a blacksmith. With his advancing years and declining health, he was unable to continue several years ago. Fritz has epilepsy and vison problems. Concerned neighbours referred him to le Foyer St. Etienne in Les Cayes, as Fritz lived alone, with no money or food and relied on handouts. Le Foyer is a truly charitable organization, which helps many destitute elders in the evenings of their lives. They have limited beds, though they reach out to the elders in need in the community in any way they can. Sponsorship for Fritz will assist in the continued provision of shelter, food, clothing, and medical care at the home, which is run by charitable donations. More importantly, it will show him that someone cares about his health and dignity in this stage of his life.

With a population of 10.7 million, nearly 60% of Haitians live in poverty, and an additional 25% live in extreme poverty. Exacerbated by a series of natural disasters over the past two decades, day-to-day survival is difficult for a staggering number of Haitians.