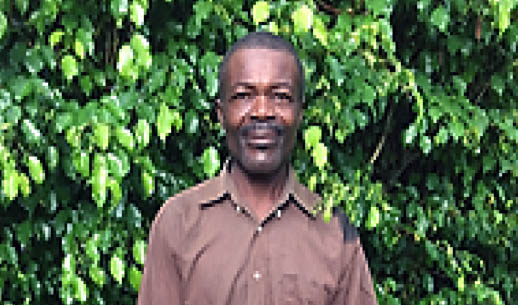 Francois is approximately 55 years old. He is married with three daughters and four sons. He is Protestant, speaks Créole, and is illiterate.

Earlier in life Francois worked hard to support his family by working as a carpenter. Unfortunately, one day he fell from a roof, and he is no longer able to work, due to his injuries. Now without a source of income, his only assets are a small piece of land and his own, unfinished, house. Francois is a kind, respectful man who is no longer able to provide for his family. Still wanting to contribute as much as possible, he cares for his grandson when the rest of his family is absent. In addition to the injuries suffered during his fall, Francois suffers from high blood pressure and arthritis.

HelpAge Canada has collaborated with this partner caring organization formany years, helping extremely vulnerable elderly persons, who may otherwise not survive. Your valuable sponsorship would assist in the provision of food, water, clothing, and many other basic necessities for Francois. Just as importantly, he would know that someone cares.