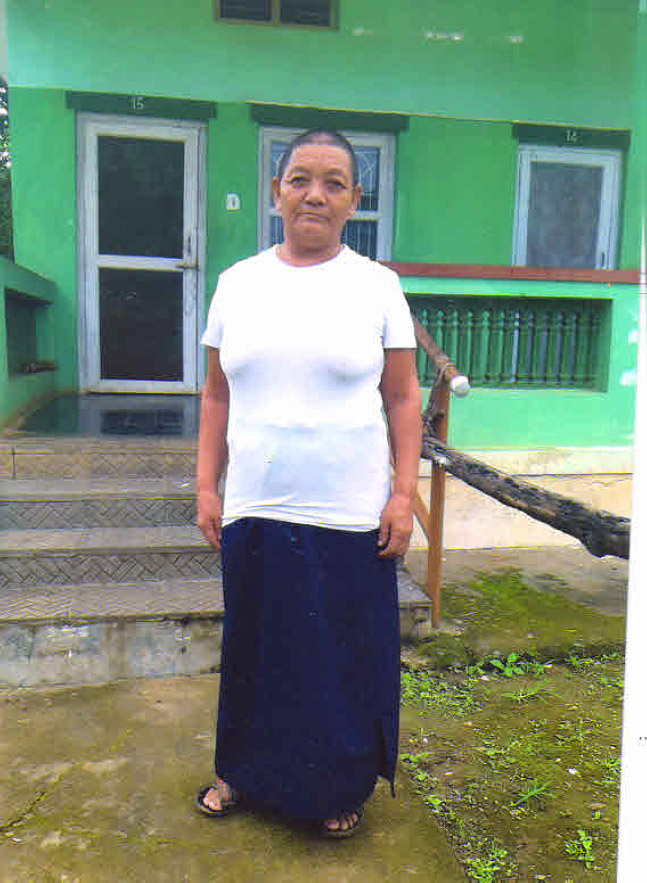 Chemi Lhamo is unsure of her birthday though over time and through many conversations, she believes it was in 1950. She has always been single and has no known living relatives. Born in Tibet, she escaped, along with many other Tibetans, during the 1959 Chinese invasion. In her younger days Chemi earned a living as a farmer, though with increasing age and some health issues, she hasn’t worked for several years now. She is so grateful to be living at the home for elders in The Doeguling Settlement.

Chemi is a friendly, talkative woman who has many friends. A tidy person, she takes great pride in keeping her surroundings clean. Although she is not particular and will eat anything that is placed before her, her favourite food is momo, a South Asian dumpling. When she has some free time, she enjoys watching television in a common room with other Grans.

At the Home, the staff take great care to make sure that the elders feel loved and part of a family. A devout Buddhist, Chemi participates in temple rounds, which are an important part of the daily routine. She also enjoys the occasional visits that are scheduled to nearby monasteries.

Chemi is in fair health. She has knee problems, and she has started to experience some short-term memory loss. Because of this, the staff and volunteers have been keeping a closer eye on her recently.

Elderly Tibetans often lead lives characterized by uncertainty, partly due to their status as refugees. In a culture where aging parents are traditionally cared for by their children, the uncertainty is particularly acute for elders with no children or whose children have migrated to western nations. As a last resort, many elderly Tibetans in exile live out the third phase of their lives in old age homes without family around them.