Demanding an end to elder abuse in Nepal – HelpAge International 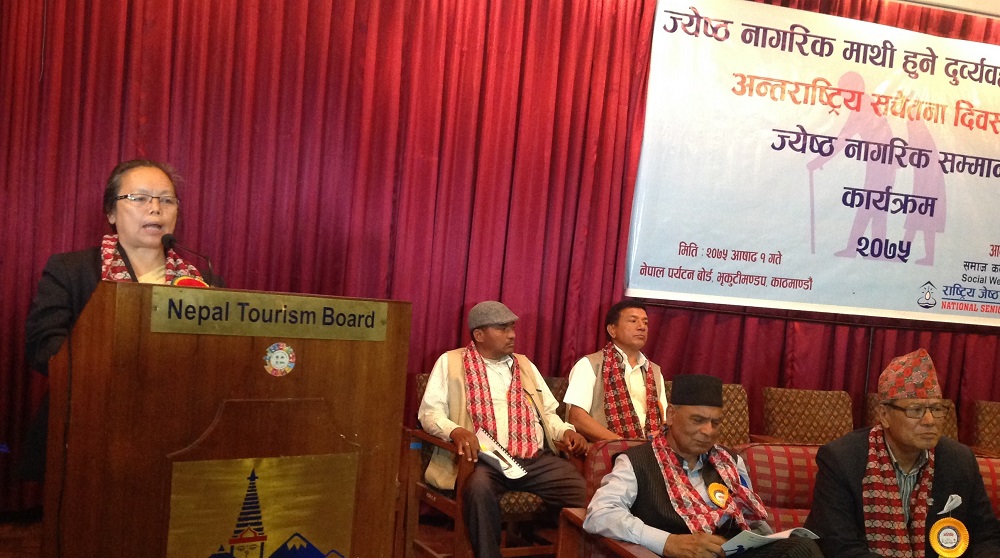 On 15 June 2018, World Elder Abuse Awareness day, campaigners in 47 countries called for older people’s rights to autonomy and independence to be respected and protected.

According to the World Health Organization, more than 15% of older people around the world experience some form of abuse in their community. This abuse is predicted to increase as more people live longer, especially in developing countries like Nepal.

Among these victims, 800 lost their lives. This is a shocking figure, and it hints that many more cases that do not result in death are ignored.

In 2017, the UN published a study estimating that only 1 in 24 cases – just 4% – of elder abuse is reported globally. If this is correct, it means over 25,000 older people in Nepal were subject to abuse over the past six years, an average of more than 4,000 per year.

Paradoxically, this under-reporting may be due to strong social norms. Elder abuse is a taboo topic in Nepal. It goes against the deep-rooted cultural values of obedience, devotion and care towards one’s parents, which could lead to many cases going unreported in the name of preserving family and social values.

Furthermore, people who witness elder abuse often do not act, as they prefer not to interfere in what they see as matters of the family.

Why don’t older people themselves report the abuse they are suffering? Often the perpetrators are family members or relatives, the victims are unaware of their rights and they do not believe that legal action will be taken by the state, and there is a fear of revenge or punishment by perpetrators.

For all these reasons, under-reporting of abuse is a major issue, and has become a barrier to the formulation of appropriate policy and programmes for older people. Ageing Nepal and other organisations are working with the Nepal Government to come up with programmes to generate data on ageing issues.

For example, the Ministry for Women, Children and Senior Citizens and Ageing Nepal has started to provide fellowships to masters students. Since 2016, six theses on different aspects of ageing, including one on elder abuse, have been developed.

There are no state policies or programmes dedicated to fighting elder abuse in Nepal. So, this year, on the occasion of World Elder Abuse Awareness Day, campaigners called on the Government to formulate human rights-based approaches to end elder abuse.

They pressured the Government to implement strict rules and regulations for perpetrators, ensure the basic needs of older people are fulfilled and provide free health treatment.

At the event, Krishna Murari Gautam, Chairperson of Ageing Nepal, presented a paper on elder abuse and encouraged the ministry to attend ninth session of the Open-ended Working Group on Ageing in New York. Young campaigners conducted photo stunts in different communities, distributed pamphlets on elder abuse and its impacts, published an article in the media and spoke on a radio programme marking World Elder Abuse Awareness Day.

Nepal’s Participation in the Open-ended Working Group on Ageing

Next week, member states will get together at the United Nations to discuss older people’s rights to autonomy and independence, long-term care and palliative care. The issue of care is especially relevant in Nepal because young family members are responsible for caring for their elders.

However, elder abuse often happens within the family. Research revealed how 58% of older adults in care homes had suffered from some form of elder abuse in their previous their previous residential setting. Moreover, youth migration, dependency due to illiteracy in a rapidly urbanising society, family disintegration and cultural degradation and lack of appropriate government policy are also contributing to the problem of elder abuse within families.

Age Demands Action campaigners are pressuring the Nepal Government for their active participation in the ninth session of OEWG. Ageing Nepal wrote a letter to the concerned authority of Ministry of Women, Children and Senior Citizens and National Human Rights Commission to participate in the session, andt their contribution will add to efforts to call for a UN convention for the rights of older person ensuring that Nepal’s older people are given the protection they deserve.

To keep up-to-date with the work of our network member Ageing Nepal, you can follow them on Twitter.