Two steps forward, one step back at this year’s World Health Assembly

> Home > Two steps forward, one step back at this year’s World Health Assembly 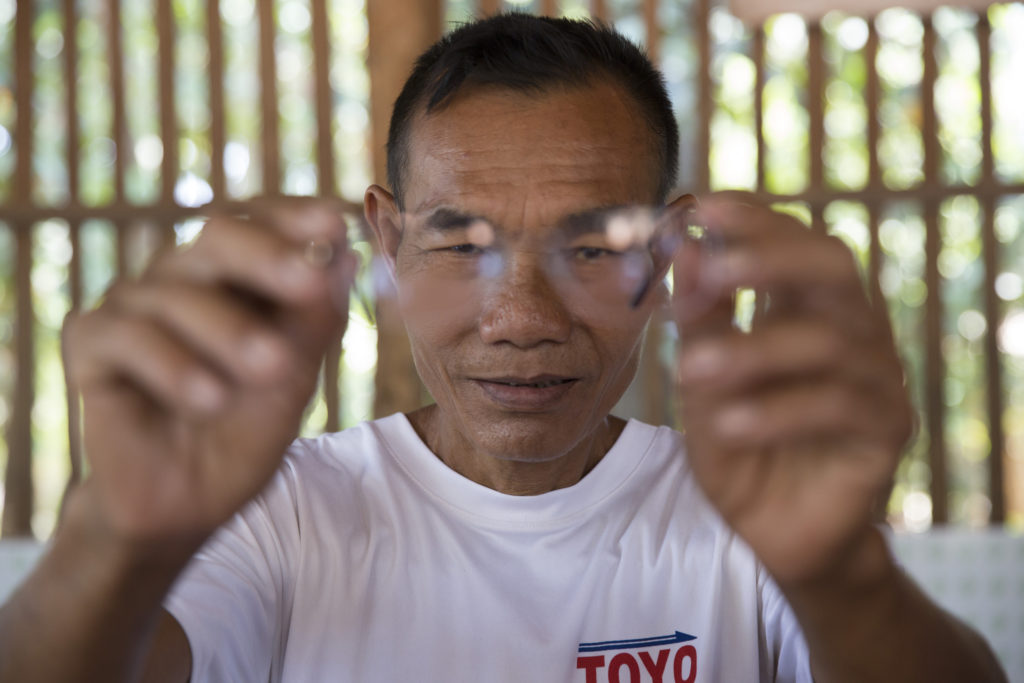 Last week’s 71st World Health Assembly (WHA) in Geneva brought together all the World Health Organization’s member states to discuss key global health issues. On the agenda was a report on the progress made in implementing the Global Strategy and Action Plan on Ageing and Health (GSAP), which was adopted when I last attended the WHA two years ago. And while there is much to be positive about, many challenges remain.

The WHO Ageing and Lifecourse Department’s mid-term report details progress against 10 key indicators of the GSAP, and it includes some promising developments:

Importantly, the report also provides a baseline from which to measure further progress in the remaining three years of the strategy and beyond to the WHO’s decade of action on healthy ageing.

In the session on the strategy, I highlighted some of the work HelpAge has been doing over the last two years in support of the healthy ageing agenda:

How do older people fit into the WHO’s five-year strategy?

Among the headline topics for discussion this year was the adoption of the WHO’s 13th General Programme of Work. This will guide what the WHO does over the next five years, and is the first developed under Director-General Dr Tedros Adhanom Ghebreyesus, who was appointed last year.

Early drafts of the strategy failed to include older people, or to highlight the changes needed within health systems to ensure an adequate response to population ageing. Reassuringly, the version adopted at the WHA was much improved. It commits to supporting efforts to achieve healthy ageing, aligning with the strategic objectives in the GSAP, and positions healthy ageing as central to universal health coverage.

HelpAge International congratulates WHO on its progress, but we believe there needs to be greater ambition in the impact framework. Unlike the Sustainable Development Goals, the framework includes age-exclusive indicators on violence against women and non-communicable diseases (NCDs), proposing only collecting data up to age 49 and 70 respectively, which would leave many older people invisible.

Is there an acceptable age at which to die?

WHO’s narrow age-bracketed focus has been an ongoing concern for HelpAge for many years and our concerns were not allayed by discussions during the NCDs session at the WHA.

The Director-General’s report for the agenda item on the preparation for the Third United Nations High-Level Meeting on NCDs later this year heavily focused on “premature mortality” and reducing deaths from NCDs among people aged 30-70.

This narrow focus risks excluding people over and under this age, and the language of “premature mortality” suggests there is an age at which it is acceptable to die. It is discriminatory, could lead to unequal service access, and gives space for ageism within health systems. There are real impacts of this approach. In the UK, women are only routinely called for screening for breast cancer up to the age of 70, despite a third of cases of breast cancer occurring in women over this age.

The impact of this rhetoric was clear during the discussions. Close to 60% of deaths from NCDs occur in people aged 70 and over, yet I only heard one member state make the link between ageing and NCDs, while a large proportion talked about premature mortality. Responding to this issue, HelpAge’s statement strongly urged the WHO and member states to move away from this discriminatory, narrow focus and instead to recognise people’s right to health across the lifecourse.

To end on a more positive note, there was one final WHA session in ageing came through loud and clear. It saw member states adopt a resolution on improving access to assistive technology, such as walking frames, glasses and pill dispensers. It makes explicit reference to the link between population ageing and the increasing need for assistive technology, and many member states, including Pakistan, Ecuador, Bhutan, Japan and Israel, reiterated this point.

The WHO will be continuing its work to roll out a new priority list of assistive technologies and HelpAge is happy to be partnering with them on this initiative. The resolution also provides a good foundation to build at the UK Department for International Development’s upcoming summit on disability, which will have a focus on assistive technology, and, we hope, ageing and older people.

At the end of a long week in Geneva, I left this year’s WHA feeling positive on some fronts, but very aware of the challenges we still face. With a commitment from WHO to “walk the talk”, I hope this will extend to the full inclusion of ageing and older people in global health initiatives to achieve a world in which we can all live a long and healthy life.