Congratulations to Kenya on the launch of its universal social pension, now how can we help make it a success? – HelpAge International

> Home > Congratulations to Kenya on the launch of its universal social pension, now how can we help make it a success? – HelpAge International 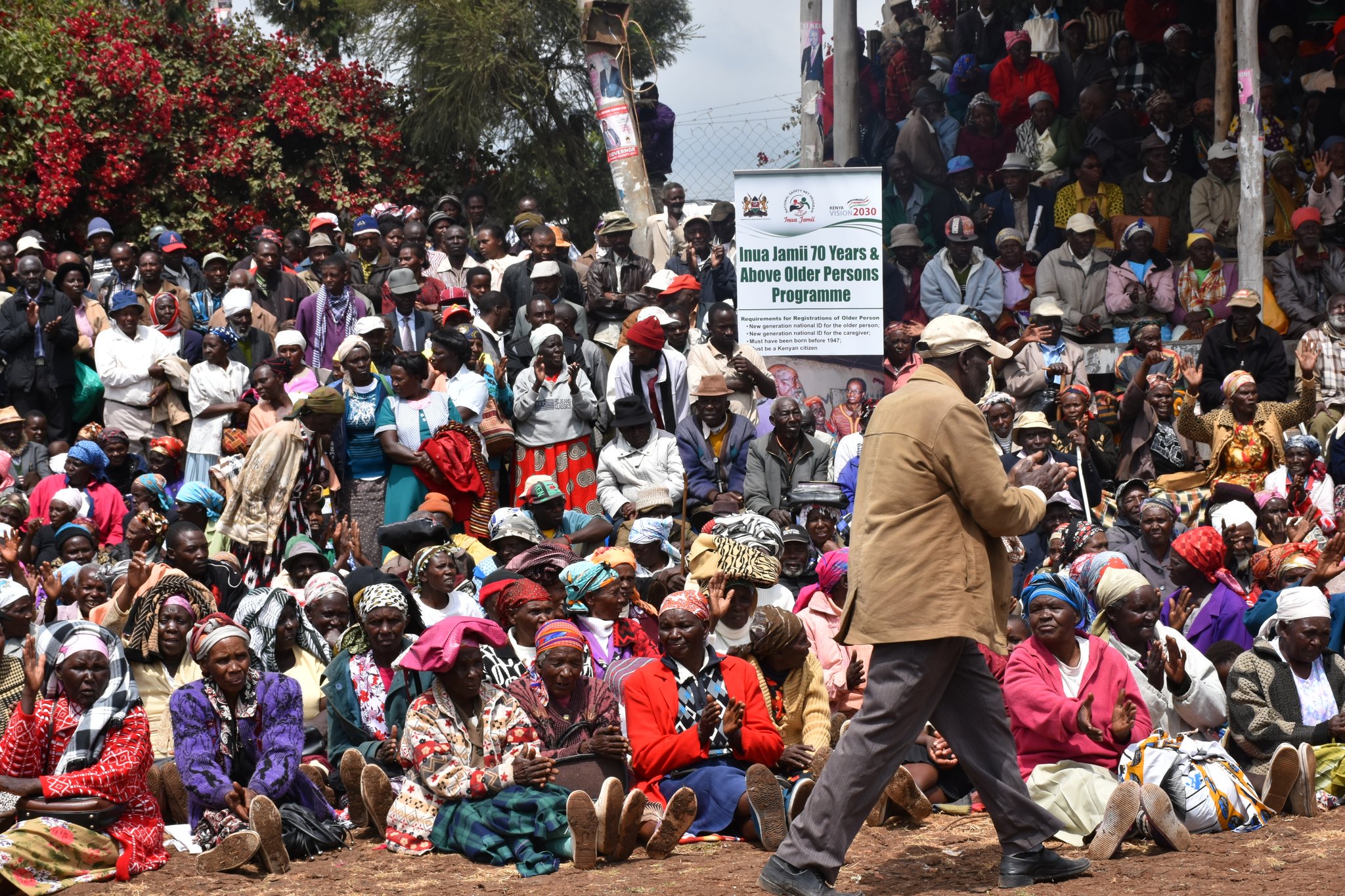 Starting this week, more than half a million older women and men in Kenya are receiving their first ever pensions.

Under the new Government-funded Inua Jamii 70 and Above universal social pension, launched by President Uhuru Kenyatta on Saturday 2 June, all Kenyans over 70 will receive 2,000 shillings (just under US$20) per month.

This scheme is an important step towards ensuring all Kenyans, regardless of circumstance, have access to a reliable income in older age. It is also now the biggest social pension in east Africa in terms of total coverage.

However, this universal social pension, which is now being implemented after many years of planning and preparation, has a wider global significance in that it is owned and funded by the Government of Kenya, and does not rely on funding from international donors.

For nearly a decade, HelpAge International and our network members have been researching the feasibility of a universal pension and advocating for its introduction to help improve income security and provide a better and more dignified life for older Kenyans.

Pensions provide invaluable support to older people, not only directly, but also to their families and wider communities. With a reliable income, older people spend this money on vital health services and medicines, school materials for grandchildren, and food.

Some use the money to invest in small businesses that they would otherwise not be able to afford to run, such as farming or establishing shops, boosting local economies.

The introduction of the scheme follows a growing trend of low and-middle income countries around the world expanding their social protection systems, and especially social pensions. A universal social pension was launched in Zanzibar in 2016, joining Botswana, Lesotho, Namibia and South Africa in having universal access to pensions.

Beyond Africa, countries as diverse as Bolivia, Myanmar, Nepal and Timor-Leste have introduced universal or near-universal social pensions in the last decade.

The interest in such schemes should come as no surprise. Universal social pensions have proved to be an effective and affordable way to expand pension coverage in countries where poverty levels are high and many people are in informal employment that has little access to contributory pensions. In most low and middle-income countries, the cost of a universal pension for the over 65s would be less than 1.8% of GDP.

Delivering such a large programme undoubtedly poses some challenges, so how can it be guaranteed that the pension is as universal in reality as it is on paper?

The first challenge is to ensure everyone is registered to receive the pension. The Kenya Government’s solution is to embrace technology. It launched a digital citizen registry in 2016, and this was used to register over half a million older people for the social pension in just three weeks, and this will be ongoing to reach the remaining eligible people over the coming months.

Once registered, recipients must also be able to access their pension payments. Kenya is a large country, where three-quarters of the population live in rural and often remote areas.

The Government has committed to making pay points accessible, pledging to ensure those registered to the scheme are within a 20km radius of a pay point. It has also said every older person is obliged to assign a trusted carer who can pick up the money for them if they are too frail or unwell to make the journey.

Currently, pensions must be collected on a specific date, but options are being explored to make the payments more flexible too. A multi-bank delivery mechanism would allow recipients to receive the cash on a day and time that they choose so that if they travel far they can combine with other errands or plan it around their responsibilities.

To support effective implementation of the scheme, the Government must also ensure older people, wherever they are in Kenya, know about the scheme’s existence, how they enrol, how they are paid, and how they access complaints and appeals mechanisms.

Kenya can now build on its experience using beneficiary welfare committees in previous cash transfer programmes to support the pension’s implementation. These are vital community-based groups that take responsibility to notify recipients about payment dates, inform them of their rights and responsibilities, and act as a first point-of-contact for complaints and appeals. For housebound older people who do not usually attend community meetings, these groups can be a lifeline to ensure more marginalised older people access what they are entitled to.

The launch of universal pension is a tremendous step forward by the Kenya Government towards expanding social protection and one that can have a transformational impact on Kenyan society. And if successfully implemented, it will be an influential step change for Africa and beyond.

We congratulate President Kenyatta and his government, particularly the Ministry of Labour and Social Protection, on their leadership. The Swahili phrase “inua jamii” translates to “a community that moves forward”. Now, all stakeholders must work together and support the Government of Kenya to ensure the universal pension is a success.